Missing or Incorrect Transactions in Google Analytics? The Complete Guide 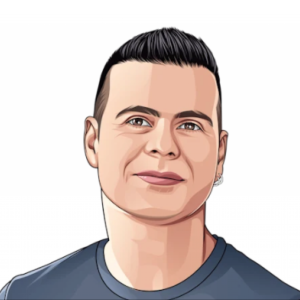 One of the most common problems in e-commerce websites is that the sales data in Google Analytics doesn’t always reflect the correct numbers in the backend e-commerce platform (Shopify, Magento, etc.). Sometimes these deviations are negligible and shouldn’t bother anyone too much – 1 or 2 transactions out of 100 – but sometimes the numbers are insane.

In this article, I’ll walk you through the entire process of checking what went wrong from start to finish. Keep in mind that it could take five minutes, or even two months, and might involve some busywork.
Even though we have hundreds of these projects under our belts, not all of them have a fairytale ending.

Before I rush off to check what’s missing and why, I always run a check on what I do have –the transactions that were registered to Google Analytics.
Sadly, a lot of companies and site owners don’t run this check, which is a real shame. As far as they’re concerned, if it’s there – it must be true. So what do you need to do?

The first column lists transaction IDs. These numbers should match those in your backend, and are usually consecutive.
In the picture above, the transaction ending in 33 is missing. And that should probably be looked into – but not right now. Remember, at this point, we’re looking at what we do have, not what we don’t.

What do we have so far? We’ve learned how many transactions were ‘dropped out.’

Now look at several random transactions from the report and compare them with the numbers in your backend. Particularly Revenue, Shipping, and Quantity, which represents the number of items per transaction.

If the numbers don’t match, that’s probably true for all of the transactions, not just one, and the cause is usually improper e-commerce implementation, and that’s for a developer to solve. But before we go there, we have to understand the problem a little better.

What do we have so far? We’ve made sure that transaction-level data is correct.

Click on a transaction to have Google Analytics show you the items purchased – product name, SKU, price, and quantity.

If you can’t see the SKU (like in the image above), Open the “Secondary Dimension” drop-down ad choose Product SKU. In my image, you can see that this pecific transaction includes 6 unique items. Each of them has a different quantity and revenue. Compare these numbers to your backend.

If nothing makes sense, hand it over to your developer. These are the most common scenarios:

Whatever the case may be, check the item SKU and names, and make sure they match the backend.
What are the results? We’ve checked item data for a specific transaction and confirmed that the item name and SKU are valid.

Every scenario I brought up can easily be detected and fixed by your developer.

This is the best part that most people don’t know about.

What are we looking for?
Sometimes transactions are registered in Google Analytics on the wrong date. It could be a day later, a day earlier, or maybe longer. So they’re not missing, but why does it happen?

It’s money time, and the biggest question is, why in the world do some transactions fail to appear in Google Analytics?
Your excel sheet with the exported data should already have the transactions missing from Google Analytics highlighted. The more information you have, the more chances you have of finding the cause.
So the first and most important thing to do is to look for something that all of the dropped transactions share. What I mean is, a quality that only the missing transactions share, and that the correct ones don’t.

So if, for example, all of the missing transactions were paid for using an AMEX card, we have to check if any AMEX transactions made it to Google Analytics. If there are, then that’s not the problem.
Again – look for something that’s not only shared by all of the other transactions but is also unique to them. For example:

Each of these issues (except for no. 6) is an excellent issue to have. Why? Because they’re easy to diagnose, and the solution usually comprises a small code fix. It’s easy to show the developer where the issue occurred, and everything can be fixed and re-examined. All of this information is available in every backend, no matter what platform you’re using.
Reason number 6 is an exception.

Transactions of More Than [X] Items

Google Analytics limits the volume of data that can be sent per event. The problem is even worse with supermarket websites, where every transaction can include dozens, if not hundreds of items, and for each one, there’re custom dimensions that were added.

How can you tell?

Data sent to Google Analytics in a single hit can’t exceed 8kb or approximately 8200 characters. That should be enough for several dozens of items at a basic level.
If you exceed that quota, you’ll see the message Payload size is too large on your browser’s DevTools console, along with the current weight of the hit. So you’ll know how much you’ll have to reduce it.

There are several ways to do that, but it’s far from trivial, and I really can’t cover it here. One solution, by the way, is to split the transaction into several smaller ones or use other tricks and maneuvers.
Oh, I almost forgot.
Even if you don’t have many items per transaction, but for some reason still cram a lot of data into a small – even 3-item – transaction, this is still a likely scenario.

Other Scenarios With No Information

Sometimes, we might miss the ‘thing’ that all dropped transactions share. Something the backend simply doesn’t know.
If, for instance, all of the dropped transactions come from say, an American IP, or mobile-only, or only from Firefox… this is where it gets complicated because none of these transactions appear in Google Analytics. So when it comes to information like country, screen resolution, device, browser, etc. – it’s just missing. And it doesn’t stop there.

Most backend platforms simply don’t collect this information. So a Firefox transaction might not register – but how can we fix that using our data, if it’s not collected by any platform?
There are two ways to look into that:

If you’ve made it this far and are still missing e-commerce transactions, here are a few other reasons why:

And… that’s about it. Now bookmark this article and pull it out when the time comes.

How to Blend Data Sources in Google Data Studio [updated 2022]

Missing or Incorrect Transactions in Google Analytics? The Complete Guide